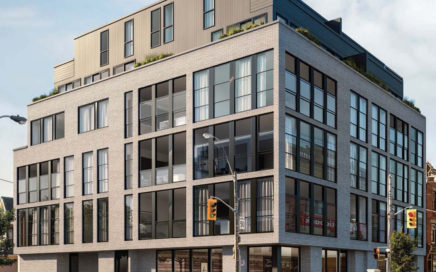 Preview: 1001 Queen East At the corner of Queen Street East and Pape Avenue comes 1001 Queen East, a boutique six-storey loft building with sixteen suites that aim to redefine urban living. While everyone is down-sizing, 1001 Queen East aims to life-size. Conceived by emerging Toronto firms 33 Developments and Moote Architects, this project is […] 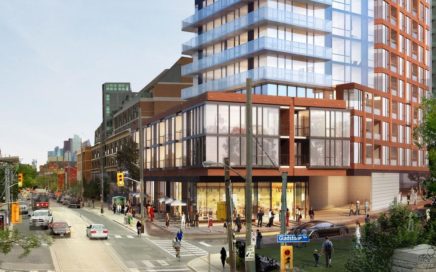 Preview: 1181 Queen Street West West Queen West has come a long way since its humble industrial roots, transforming itself into a mecca for art and design with some of the trendiest and most coveted stores, boutiques, and restaurants moving into the area. Twice named one of the coolest streets in the world by Vogue magazine, West […] 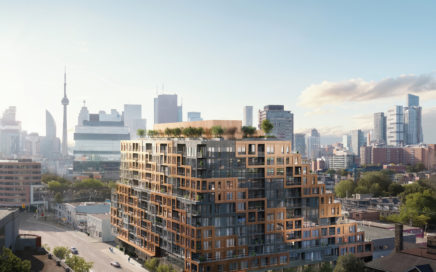 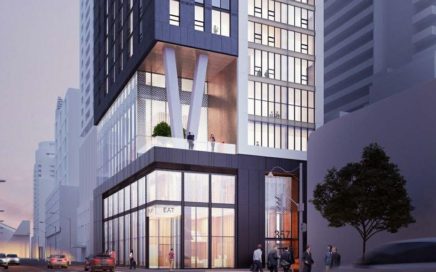 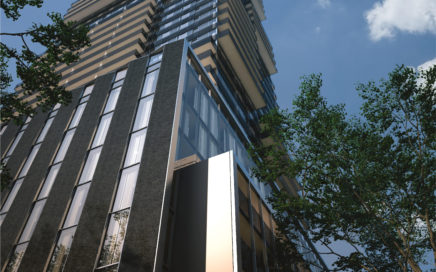 Preview: 75 ON THE ESPLANADE Welcome to 75 ON THE ESPLANADE, a sleek new address located in one of the city’s original great neighbourhoods. Just steps from Union Station, the St. Lawrence Market, Toronto’s vibrant nightlife, and more. Developed by Carttera Private Equities and Harhay Developments, 75 ON THE ESPLANADE will feature 350 light-filled modern […] 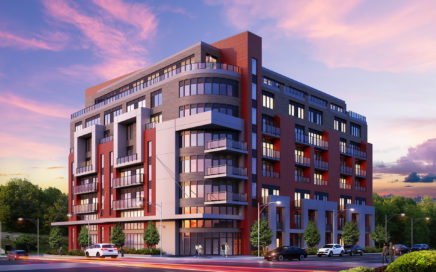 Preview: 8 Haus 8 Haus Boutique Condos are set to revolutionize the way we think about boutique condo living in Toronto, and how we interact with our space and our community. At just eight stories tall and with only 99 units available, this stylish project aims to highlight the mid-rise difference: boutique living means the […] 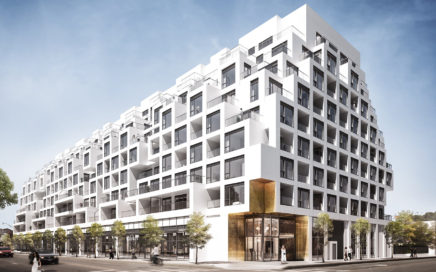 Preview: Bianca Condos From powerhouse builder Tridel (Bloor Promenade, 300 Front Street West) comes a revolutionary new project, Bianca. Poised to change the landscape of the Annex, this 9-storey boutique building will be located at 420 Dupont Street, just east of Bathurst, at the former site of the Mono Lino Typesetting Company Ltd. Designed by […] 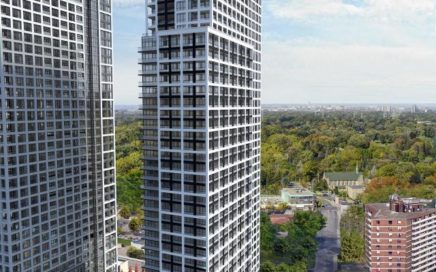 Preview: Bloor Promenade Bloor Promenade is the exciting third and final phase of the wildly successful Islington Terrace community. These architecturally striking towers, located in the heart of the Islington City Centre, are Tridel’s latest endeavour. The Toronto-based developer has a long-held reputation for quality and durability, often overseeing projects from land acquisition to zoning […] 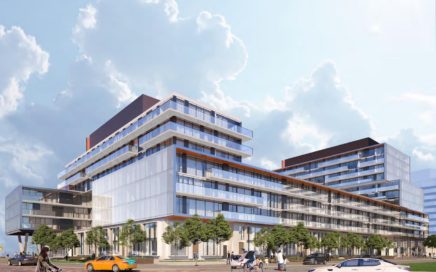 Preview: Canary Commons Canary Commons is the fourth phase in the award-winning Canary District master-planned community in the West Don Lands neighbourhood. The 2015 Pan/Parapan Am Games was only the beginning: West Don Lands is set to become the city’s east downtown with a host of new and exciting revitalization projects underway. This architectsAlliance-designed 12-storey boutique building features […] 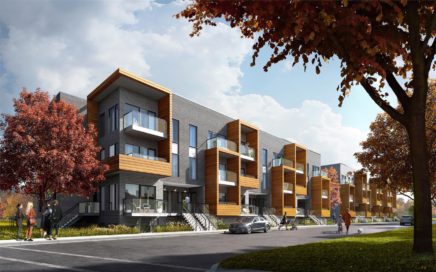 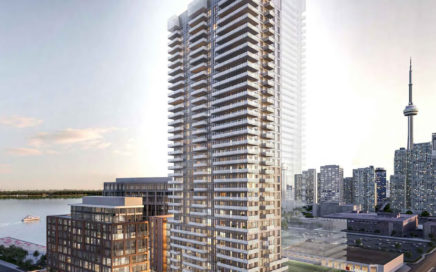 Daniels Waterfront – City of the Arts 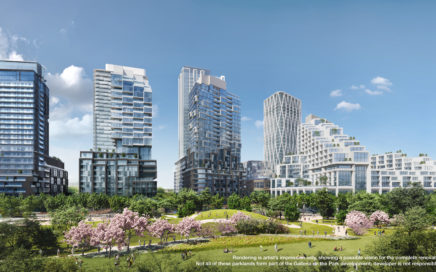 Galleria on the Park

Preview: Galleria on the Park This is it. This is the project you’ve been waiting for. After several years of buzz and speculation, national developer Elad Canada has unveiled the first phase of its Galleria on the Park project. The massive project will be built in phases, beginning with a rebuilt community centre and two […] 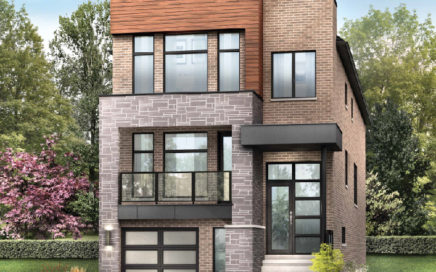 Preview: Glen Agar Located at the intersection of Kipling Avenue and Rathburn Road, Glen Agar is a hidden gem in the heart of scenic Etobicoke, surrounded by lush parks, Mimico Creek, and idyllic tree-lined streets. The perfect balance of rural pleasures and urban amenities, this wonderful enclave is just minutes from countless shopping options and […] 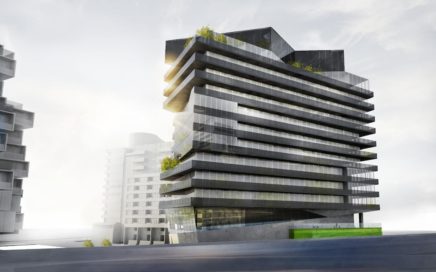 Preview: Harris Square River City is one of the city’s most anticipated new developments — and it comes with pedigree. This multi-part project is helmed by developer Urban Capital Property Group (Boutique Condos, Smarthouse), and resides in the revitalized West Don Lands neighbourhood. Once home to the Unilever factory and a hodge podge of industrial […] 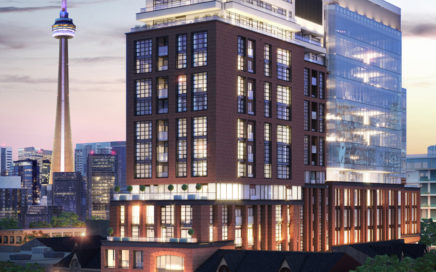 Preview: Kingly Condos Touted as the “last true King West address” at King & Portland Streets, the Kingly Condos is the newest collaboration between mega-builders Allied Properties and RioCan (this team is also working on The Well at 444 Front Street West). Promised to be remarkably uncommon, the Kingly Condos will bring 130 brand new exclusive suites […] 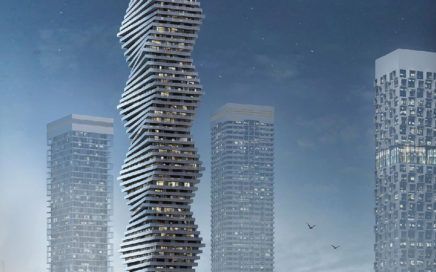 Preview: M City M City is a master-planned development that’s so much more than that. Helmed by Urban Capital Property Group (Boutique, Harris Square) in conjunction with Rogers Real Estate Development Ltd., M City brings us what we love about Urban Capital: ground-breaking design, sustainable construction, and great foresight into valuable locations around the GTA.  […] 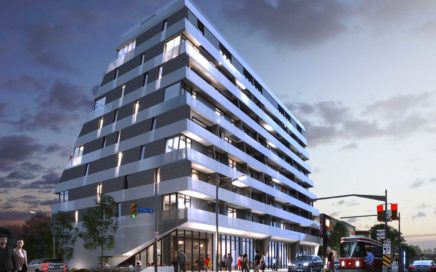 Preview: Monza Condos It all starts with a vision: on a vibrant midtown street that defines modern living, an exciting residential condominium is set to rise. Monza, helmed by The Benvenuto Group (83 Redpath,  293 The Kingsway Condos), will be a boutique, 9-storey building with striking glass and concrete architecture by The Ventin Group Ltd. and […] 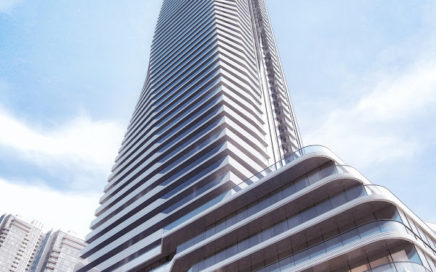 Preview: One Yonge Destined to be a legendary address in Toronto, One Yonge will be a major mixed-use project at Yonge and Queens Quay with five striking towers spanning the waterfront. The inaugural residential offering is Prestige, a soaring building designed by Hairiri Pontini Architects and developed by Pinnacle International. Standing 95 stories high, it will be the tallest building […] 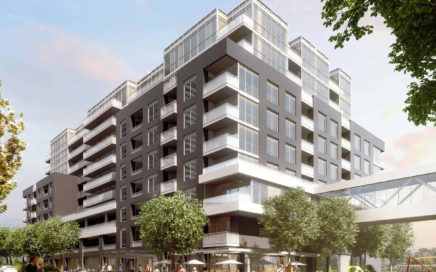 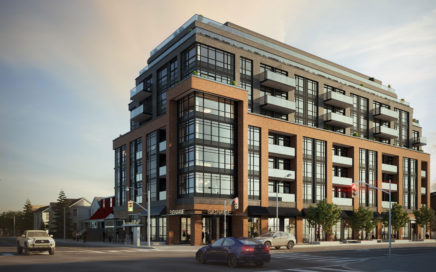 Preview: Platform Condos Location, location, location: this is Platform Condos on the Danforth, the newest project from Sierra Building Group, who brings this 9-storey mid-rise condo to Danforth and Greenwood. With over 30 years of successful home building across Southern Ontario and the USA, Sierra Building Group has successfully launched several sold out projects, including Dellwood Park in […]

Preview: PLAZA MIDTOWN On the peripheral of the city’s “urban” landscape, the Yonge & Eglinton neighbourhood has enjoyed a second renaissance with exciting new developments planned for the area. Once considered something of a “work only” destination, Yonge & Eglinton has reinvented itself as a hub of metropolitan delights, with acclaimed restaurants, boutiques, and cultural […] 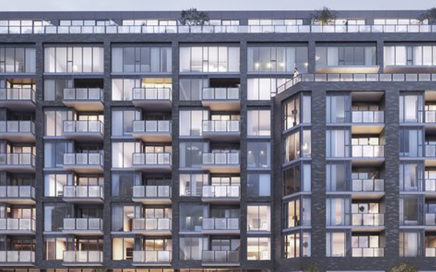 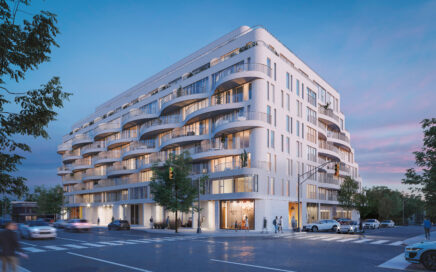 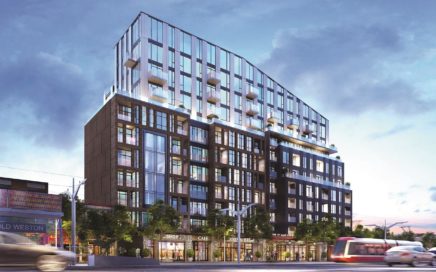 Preview: Reunion Crossing Condos & Urban Towns St. Clair and Old Weston Road: Poised to be one of the west end’s hottest burgeoning intersections, this area has received considerable attention in the past year. Recently sold out condo projects in the area are tangible proof that the city is realizing West St. Clair West’s untapped […] 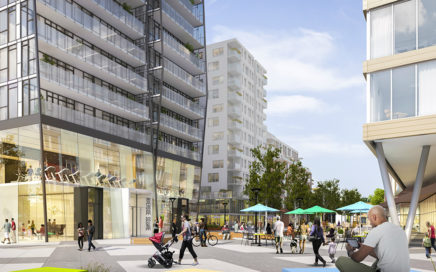 Preview: Riverside Square Riverside Square, the master-planned community by Streetcar, is one of the city’s most highly anticipated projects. At the gateway of the Queen Street Bridge and Don Valley, Riverside Square is ideally situated in the thriving East End, steps away from restaurants, cafés, shops and public transit. Partnering with RAW Design (Queensway Park Condos, […] 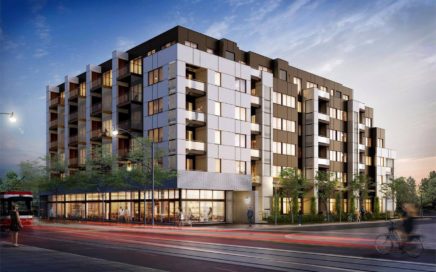 Preview: SCOOP There’s something to be said about a developer that isn’t afraid to push the envelope — combining flair, ingenuity, and foresight all in one shot. Welcome to SCOOP, West St. Clair West’s most anticipated new address. Developed by reputable builder Graywood (The Ritz-Carlton Hotel, Five on Yonge), SCOOP is a boutique-sized midrise building […] 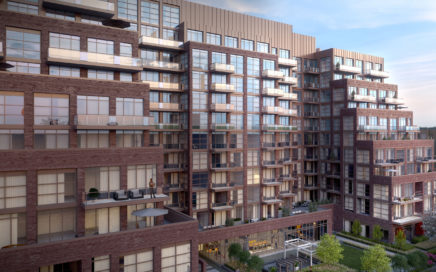 Preview: Scout Building on the immense success of SCOOP, reputable developer Graywood (The Mercer, Ritz-Carlton Toronto) is back with SCOUT Condos, the newest addition to a burgeoning neighbourhood in West St. Clair West. Already brimming with character and flair, this hidden gem is quickly becoming one of Toronto’s most revitalized areas. Much like its predecessor, SCOUT is a boutique building with retail […]

Introducing the Condominiums at Square One District: anchored by Square One Shopping Centre, this 45-storey residential residence will be the first in the largest and most exciting expansion in the heart of the Mississauga City Centre. Sprawling on 130 acres of land, this master planned community will provide 18,000 urban residences, active green spaces and recreation […] 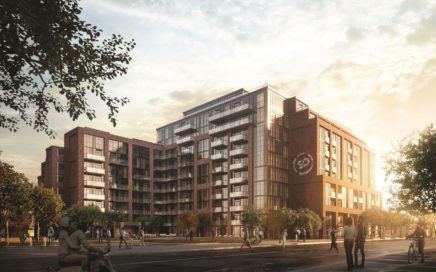 Preview: Television City Hamilton has been rated Canada’s most diverse city economy by the Conference Board of Canada, which expects it to make strides in economic growth, employment and personal income levels over the next three years. It is currently one of the three largest food and beverage processing areas in North America, the 9th largest regional […] 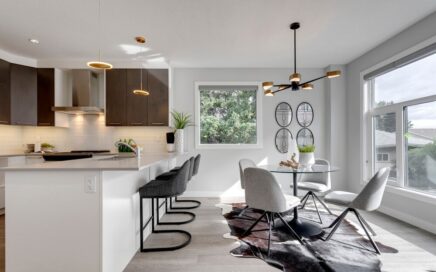 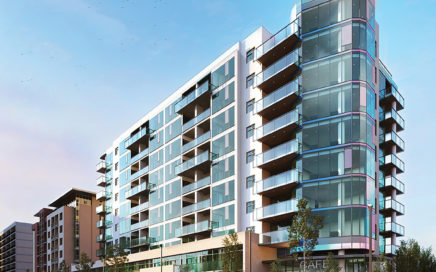 Preview: The Theodore Toronto isn’t the only metropolitan hub for exciting new projects…and once we learned about Graywood Development’s newest project in the heart of downtown Calgary, we knew this was an opportunity not to be missed. Located at 10th and Gladstone, The Theodore is a ten storey boutique building in the heart of Calgary’s […] 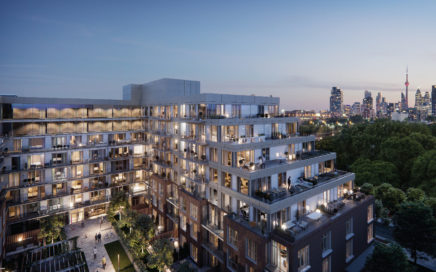 Preview: Wonder Condos A symbol of Toronto’s industrial past, the old Weston Bread Factory was built in an age when passion and craft lived at every street corner, authenticity was the mark of a business, and hard work was the calling card of the ambitious. This fall, it rises once again to meet a changing city. […]